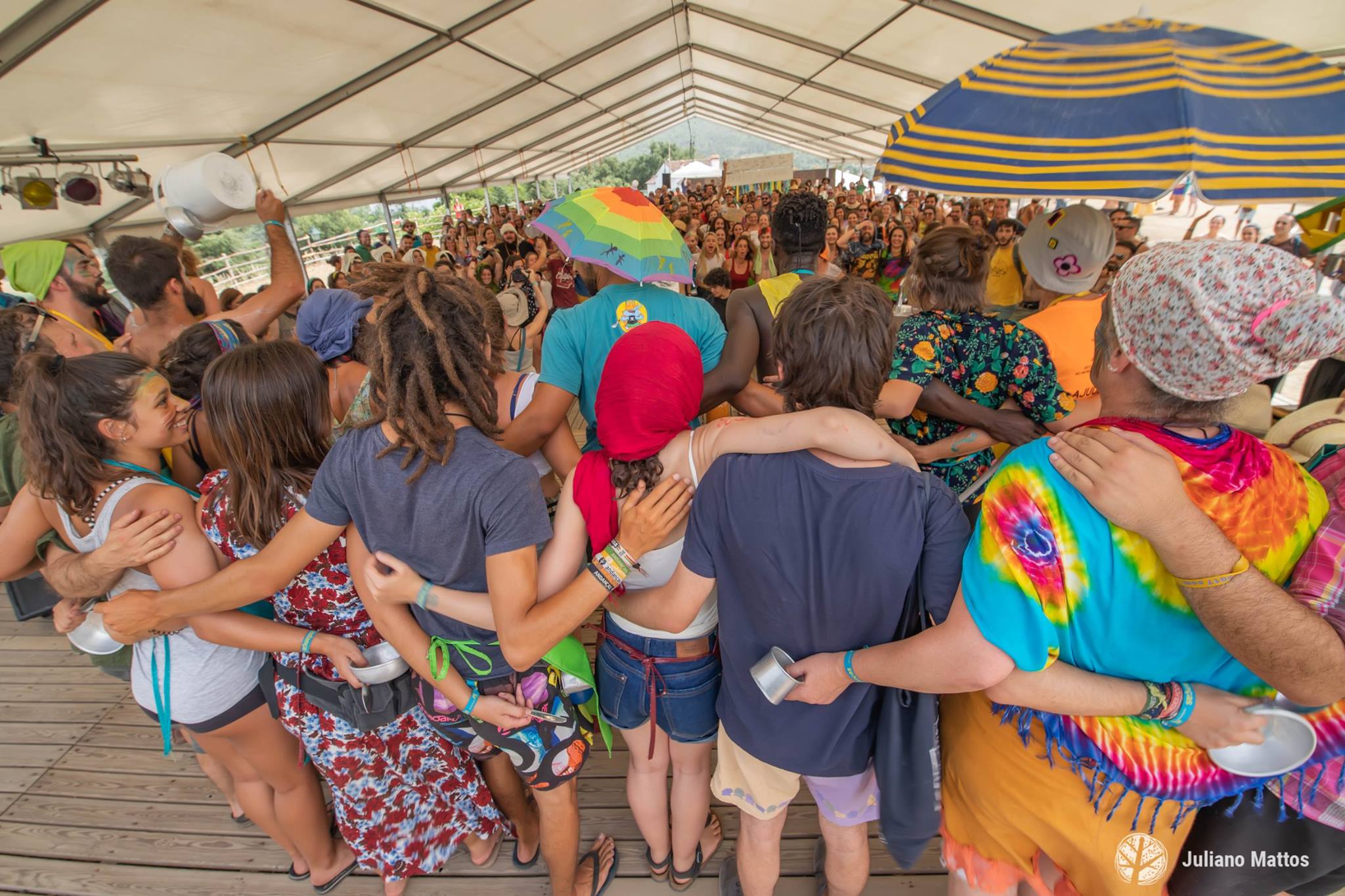 At each post regarding the Andanças Festival, we’re always asked the same question “are the artists getting paid already?”.

We think that every question is worthy of an answer and to an old question, Pédexumbo has the same old answer: No, the artists performing in Andanças, exactly like the nurses, doctors, environmentalists, engineers, teachers, supervisors, among others, are not paid. They´re teams of hundreds of people that throughout the years have gathered to give life to one of the most important pillars of the festival: Volunteering.

These are people that believe and contribute to a festival independent of any political, commercial or financial powers, no brands whatsoever. They belong to something greater, a structure where everybody feels motivated with the desire to contribute to the common good. The volunteers believe in the Andanças’ experience. They believe in a different model of labour towards the development of a project together. The volunteers are not paid for their work, but they are compensated justly and creatively. This is the spirit of the festival!

When those interested sign up to join the teams or the Andanças’ programming with their projects, they candidate through an online platform and have access to, in a very clear way, what are the conditions the festival provides. In being part of the programming of Andanças, artists have the right to: a free pass to the festival, regardless of their number of performances; an invitation (general pass) per project participant; meals at the festival canteen and tickets for drinks/tokens worth 3 euros per day depending on number of performances; payment of transporting fees; personal accident insurance; insurances towards any damage to their instruments kept in festival grounds, for the entirety of the event; to being able to sell editions and merchandising in the festival grounds on a consignment basis, with all of the sales profit going to the project itself; to the chance of having a song on the Andanças CD; to the promotion of each project on Andanças website and social networks, with 49 000 followers.

Since PédeXumbo is a non-profit association, the festival doesn’t generate profit. If there’s any surplus – which doesn’t always happen, as it may be seen on our public statement of accounts – it goes towards improving the festival and hiring local services instead of big corporations in everything we do throughout the year. These events are either free entry or low-priced and we try to reach as many people as possible with them.

Andanças has thus enabled PédeXumbo to create and maintain projects, like the Instrument Scholarship, one of the oldest projects of the association, which loans 22 traditional instruments, at no cost and for 9 months, to whomever candidates for it. Also, the countless free-entry activities, projects for the decentralization of culture and editions that foster the research of traditional Portuguese artistic word and respective contemporary safekeeping. But the activity of Andanças does not stop at PédeXumbo. The association considers that artistic work (and non-artistic) should be compensated, taking into account the inclusion of the artists programmed at the Andanças Festival in the programmes of other festivals and activities that it promotes over the year and that, based on other models or philosophies, they are financially compensated.

We know all too well that in our society this type of model is very polemical and controversial, since it is based on the trade of services for the development of an event. Over the years, PédeXumbo has publicly divulged how it manages its finances regarding the festival and other activities and invites everyone, on a yearly basis, to become partners of the association and participating in the assemblies, where there is room for finding out more about the models of the events PédeXumbo creates, like the Andanças Festival.

Partilhar
©2019 Copyright, all rights by PédeXumbo
Scroll to top